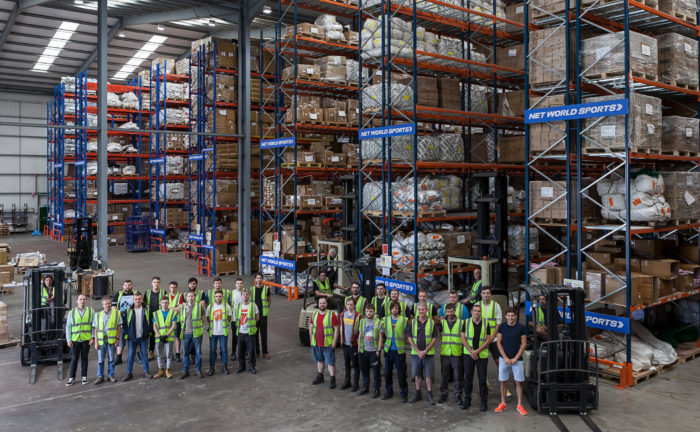 Net World Sports was recognised as the second fastest growing privately owned business in Wales by the Sunday Times Fast Track 100 in 2016. Since the begin... 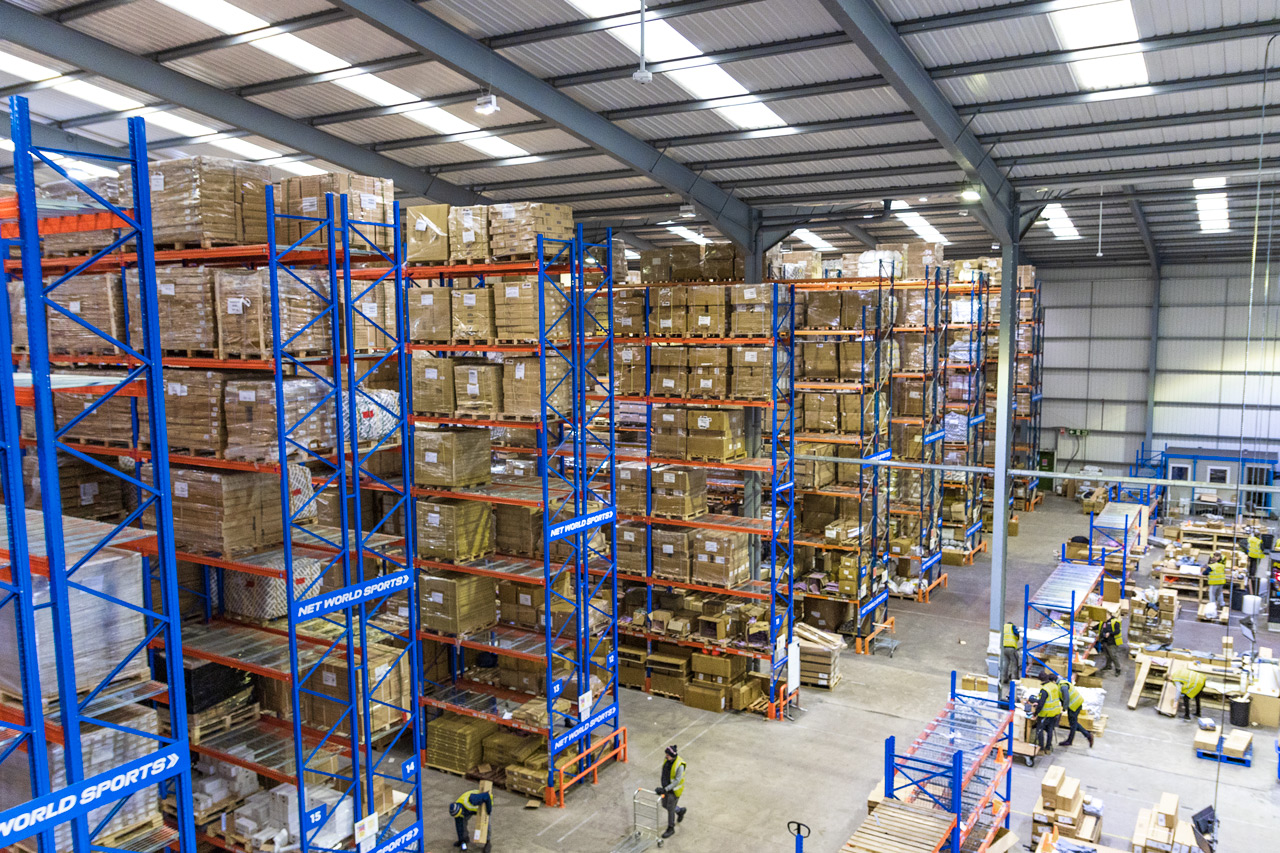 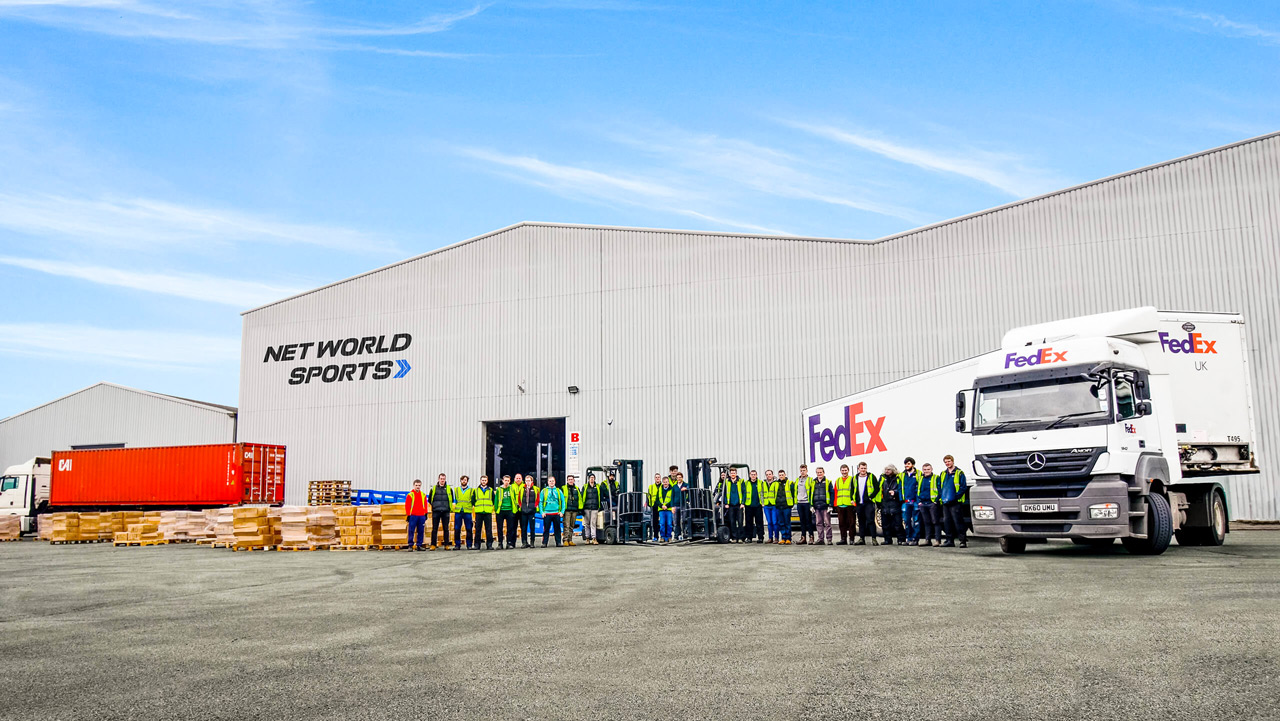 Net World Sports was recognised as the second fastest growing privately owned business in Wales by the Sunday Times Fast Track 100 in 2016. Since the beginning of 2018, Net World Sports have added another three accolades to its award cabinet, including a ‘Mark of Excellence’ at the Retail Week Awards 2018 in the International Growth Retailer of the Year category. Alex Lovén set up Net World Sports from his bedroom in 2009 and since then he has seen the company’s sales rise, with revenue of more than £18M and sales of sports equipment to families, schools and even Premier League Football Clubs.

Net World Sports operates from a 120,000ft^2 warehouse facility comprising two large and six smalle buildings as well as a suite of offices. The company now has over 5,000 products in stock, they cover sports as diverse as football, cricket, tennis, baseball, rugby, golf and lacrosse. They deliver to over 100 countries worldwide, a huge 50% of sales now come from overseas!

John Hughes, Warehouse manager at Net World Sports said “As a result of our expansion, we wanted to install a new life safety infrastructure across the site which would protect the safely of our staff. The team we have here at Net World Sports is one of our biggest assets & staff safety is of paramount importance to us. Also, the cost of a warehouse fire is not limited to lost goods or buildings – environmental damage to the local area and the cost of business interruption can also have severe implications. I’d heard about Barlows Fire & Security from one of our neighbours on Wrexham Industrial Estate, so gave them a call to see what they could suggest as a way forward.”

Alex Lockett, Barlows Fire & Security Contracts Manager said, “Thanks to our reputation, we gain a lot of work from referrals and I was delighted to receive a call from John and have the opportunity to find out more about what he wanted to achieve. We only work with best in class technology providers and are a Honeywell, Gent 24 approved system integrator. Therefore, after carrying out a comprehensive site survey, I knew that we could configure a system that would meet and exceed all of his stated requirements and accommodate a wide variety of cause and effect programming.”

The System We Installed
After assessing all the available options it was decided that the project required a BS 5839 compliant category L1 addressable fire detection system. An L1 system is designed for the protection of life and deploys automatic detectors throughout all areas of the building – including roof spaces and voids. It gives the earliest possible warning of fire and makes sure that there is sufficient time for escape, so as to reduce the possibility of death or injury. The system also had to be P1 compliant to protect the fabric of the entire site and summon the emergency services in the early stages of a fire, in order to minimise the time between ignition and arrival.

The system comprises two networked Vigilon Compact analogue addressable panels – one for the offices and the other for the warehouse buildings – that fully comply with EN54 parts 2 and 4. Martyn Keenan, business manager (North West and North Wales) at Honeywell Gent, states, ‘The Vigilon Compact two loop control panel uses powerful software to deliver a flexible, easy to use system. It has all the functionality of the larger Vigilon panel, as well as a self-contained power supply and battery standby combined with the latest in system flexibility and control panel aesthetics. Furthermore, its backlit LCD display presents clear indication of fire or fault location and the control panel’s innovative character display with push button keypad is simple to use.’

Breaking Tradition
While traditional point detectors are the most suitable option for many applications, for high buildings such as the warehouses at Net World Sports, they were not an option. Our Fire & Security team therefore specified and installed 14 of Honeywell Gent’s S-Quad beam detectors, which can be installed at heights of up to 25m, to provide linear beam detection.

Explaining the reasons behind this decision, Alex Lockett says, ‘The key advantage of using beam detectors is their ability to react when smoke is scattered over a large area. This is achieved via the use of the obscuration method, which detects smoke particles obscuring the infrared light along the sensing path. When sufficient smoke blocks the infrared light beam, reducing the received signal strength by a predetermined setting, a fire condition is generated – this level of sensitivity enables the beam to identify a fire at a very early stage. The S-Quad beam detectors are powered and controlled via the loop and have features such as “one man alignment and commissioning”, which is achieved using the auto gain setting to ensure the optimum alignment is reached.’

John Hughes of Net World Sports concludes, “I was very pleased with how smoothly the process was carried out – the Barlows Fire & Security team made sure they were familiar with the site and how we operate, and there were excellent levels of communication at all times. I’m equally delighted with the Honeywell Gent life safety technology that we have an look forward to working with both companies again.” 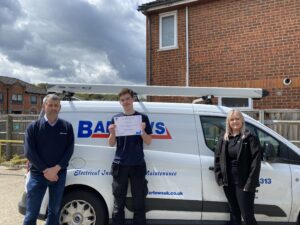